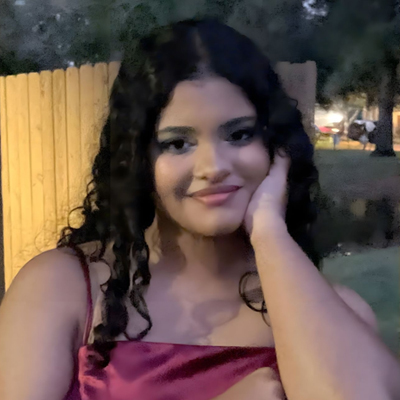 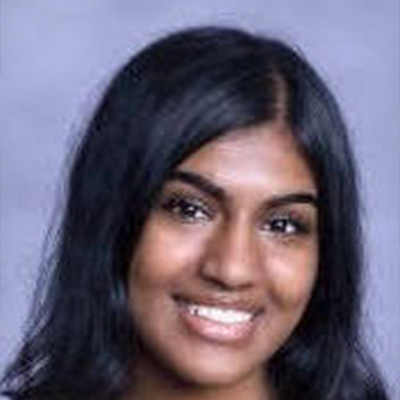 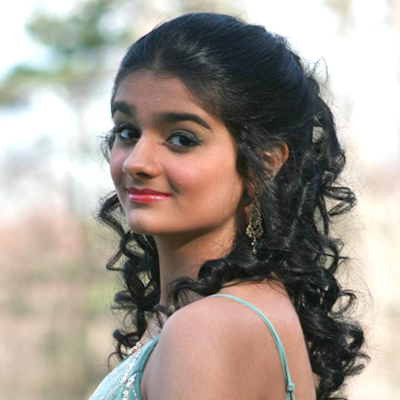 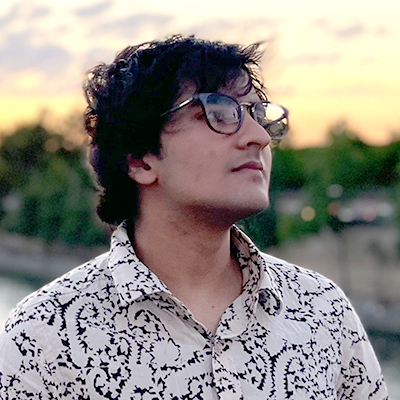 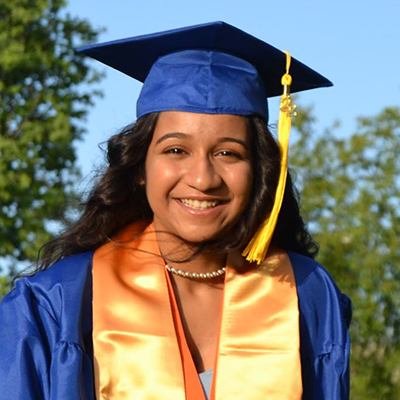 Monica is proud to call herself an American citizen, firmly rooted in Hindu Indian culture. Brought up by immigrant parents entrenched in Indian customs and traditions, she considers herself fortunate to have inherited her love for Indian traditions and culture.

She has attended Sunday Balvihar school through Chinmaya Mission from the last 10 yrs where she has learned religious mantras and the epic stories of the Hindu religion.  She has also represented Hindu religion at Interfaith prayer meet in Orange County, CA.

For Monica, dance is truly the elixir of life. Although she has learned multiple forms of dance including Indian styles such as Bharatnatyam, Bhangra, and Bollywood, as well as Western forms like ballet, hip-hop, and modern, the highlight of her dancing career has been learning the Indian classical dance form of Kathak. On May 8th, 2022 she completed her Kathak journey- Rangmanch Pravesh, the dance graduation. That performance was a defining moment that changed her status, from a novice, to a professional artist. She hopes that her efforts as a classical dancer will encourage other children to connect to their cultural roots as well.

Presently she is a student who will be majoring in Data Science at University of California, Riverside. She is the recipient of many awards including 2022 Edison Scholarship and the Resilience Award given by the House of Representatives for writing various children books, titled The COVID-19 Coronavirus ABC Alphabet Book, ABC of the Indian Festival of Lights: Diwali, and the ABC’s of the Indian Festival of Colors: Holi.

Hinduism being her North Star, as a Hindu she is dedicated to promote the values taught by her esteemed Gurus and her family. Forever indebted, in order to spread her love and awareness for Hindu religion worldwide, she is currently working on a project which aims to Introduce “Namaste” to different cultures. She innately values her religion and will always strive to be worthy of being born a Hindu.

Residing in Cypress, Texas, Ria Bhatia graduated from Cypress Ranch High School. She will be attending The University of Texas at Austin in the fall, where she will be pursuing a degree in Public Health. Ria aims to join the healthcare field, where she wants to use her Hindu values to impact each person around her.

Anoushka is very proud of her Hindu roots. She has been attending weekly shakha (a local chapter of HSS, USA, voluntary, noneducational, and cultural organization) since her childhood. more involved as a teen, She became learned more about Hindu Dharma and what it means to be a proud Hindu American. She is committed to stay rooted in her Hindu family values and be a positive role model for other teens.

Anoushka Rustagi, will be attending Rice University in the fall as a Biosciences major on the pre-medical track. She dedicated to learning more about my cultural background as a Hindu Indian American and sharing that knowledge with my peers. In my free time, She loves to volunteer and explore the outdoors with her family

Ananya Narayanan comes from Ashland, Massachusetts and recently graduated from Ashland HIgh School. Ananya was a member of the concert band and is deeply involved with arts forms including Bharatanatyam and Carnatic music. During her high school years, she tutored reading and math to kids at Kumon Inc, volunteered at her local library, and did an internship at Biogen Pharmaceuticals. Ananya will be attending UMass Amherst this fall and plans to major in Biochemistry and Molecular Biology. For her post-grad plans, she aspires to do a PhD and pursue cancer research.

Garv is an incoming freshman at Brown university. Planning to study computer science, economics, and music, he is excited to jump into a new cultural experience. He is honored to have received this award, and he promises to pursue his education with the hopes of bettering the world any way he can.

Jai Jinendra! My name is Isha Shah and I am from Chicago, Illinois. I have just graduated from Hoffman Estates High School and will be moving on to Purdue University to pursue a degree in Engineering.