Registration will open from 15 January 2023 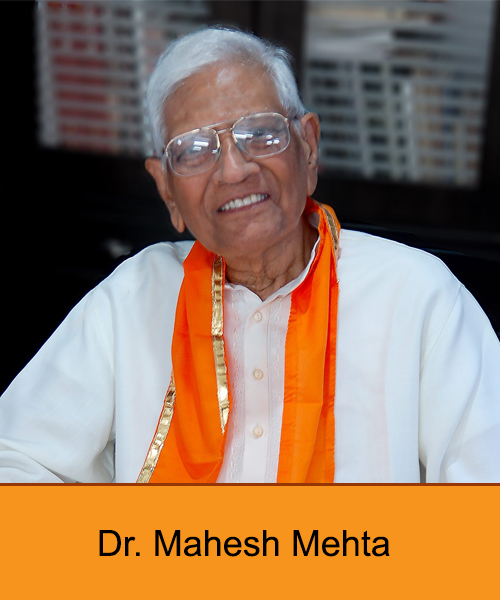 Mahesh Bhai’s singular mission was to keep Hindus in America as Hindus. He was most concerned about the Hindu identity outside of India, so he dedicated his life to building the Hindu movement and Hindu identity in North America. He positioned Hindus as the leading contributors to the growth and development of their adopted country. He founded VHPA in 1970 and subsequently, served as the General Secretary and the President of the organization for several years. VHPA, under the leadership of Maheshbhai, pioneered weekend Hindu schools (Balvihars) and Summer Youth Camps for the Hindu children growing up in the USA. National, regional and local Hindu conferences brought together the Hindu community to network and explore issues, ranging from parenting to challenges faced by the small and geographically dispersed Hindu community in America. Mahesh Bhai’s work in the USA has been foundational; and now it has grown into a tree of many branches. He was instrumental in establishing Hindu Swayamsevak Sangh, Hindu University of America, Hindu Students Council (HSC), Ekal Vidyalaya Foundation, India Quality Group, and Global Indians for Bharat Vikas (GIBV) among many others. Mahesh Bhai’s life is a “Jyoti Punj”, a beacon that will continue to inspire and guide the Hindu Diaspora forever. People like him, who dedicate every moment of their life in service of others, truly construct world history. 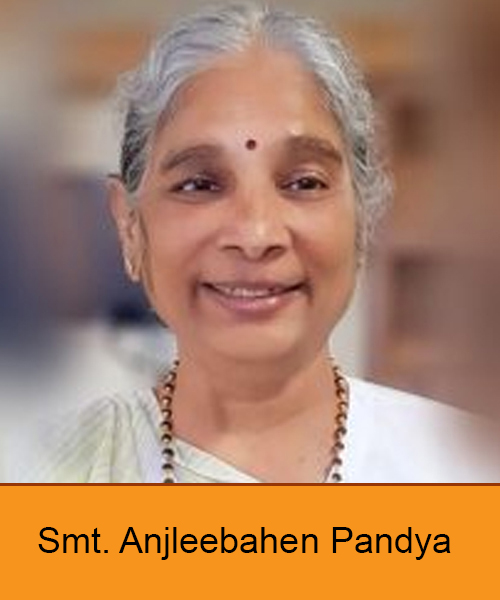 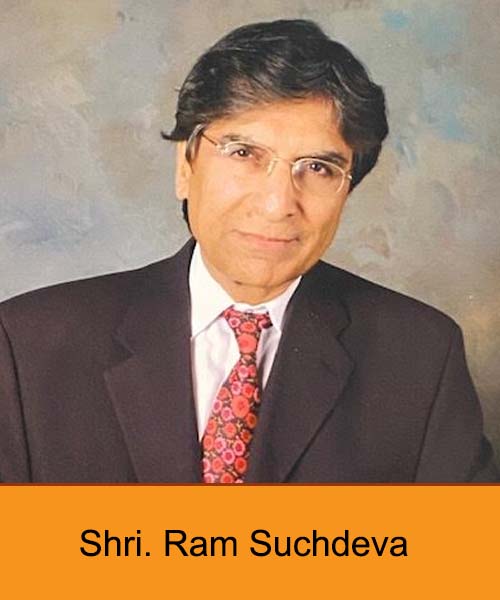 Ram, his wife Beena, and his son Kailash came to New York from Mumbai in the early 1970’s, when many Indian-Americans arrived as engineers.


Ram worked as an electrical engineer at large NY area construction firms, and then established his own construction and real estate management business in NYC where he built and maintained residential apartment buildings.


Ram, a Rashtriya Swayamsevak Sangh swayamsevak in his early youth and participant for many years, was a strong proponent of, and believer in, the Hindu religion.  He was involved with Vishwa Hindu Parishad in his youth, and later VHP U.S.  His son Kailash attended VHP summer camps as a camper and subsequently counselor.


Ram was a staunch supporter of the Bharatiya Janata Party and a unified, democratic Bharat.


Ram participated in the Federation of Indian Associations, serving as Vice President for a period in the 1990’s.  He was also associated with the Hindu Temples of North America organization, attending committee meetings and conferences to unify Mandirs in the U.S. to jointly consult and meet with the relevant US government agencies.


Ram founded Overseas Sindhu Sabha and served as the Chairman to bring together and maintain a strong Sindhi community in the New York metropolitan area, while trying to engage heavily with the second and third generations in participation.  He would offer thoughts and guidance when meeting with members and would provide solace in times of need, e.g., reading passages from the Bhagavad Gita at funerals to console families and the entire community.


Ram also participated in Hindu Swayamsevak Sangh USA, and engaged with the next generation to become more actively involved in the organization’s activities.


He supported Ekal Vidyalaya Foundation as he and his wife Beena were keen to help and encourage the Foundation’s work in building schools in rural India.


Ram was a family man who cherished spending time with family, especially his grandchildren.  He is survived by his wife Beena, son Kailash, daughter-in-law Pikloo, and grandchildren Amitav and Esha. 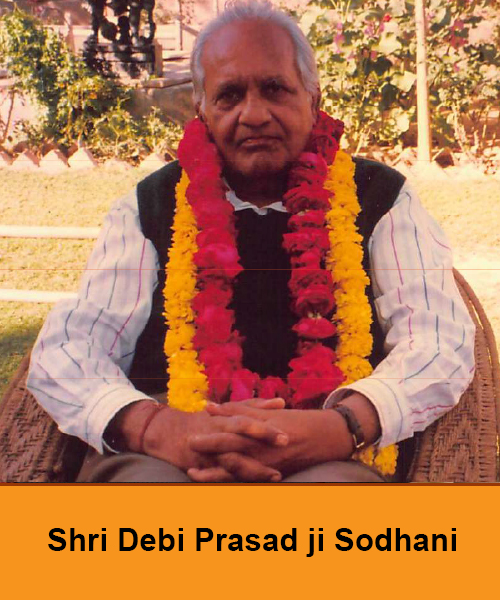 A kind and compassionate person, who truly cared for the welfare of others. His motto, give to others not to yourself. After retirement from running a textile mill in Nigeria, he devoted all his free time to running a free acupressure clinic at home for 22 years. He learnt the art and science of acupressure to heal from a Babaji. He cured thousands of patients including practicing physicians where patients came to him frequently as a last resort suffering from medical issues. He was a Devi bhakta and had the necessary divine energy to heal using acupressure. He spent every morning planning where food and other help had to be sent that day. 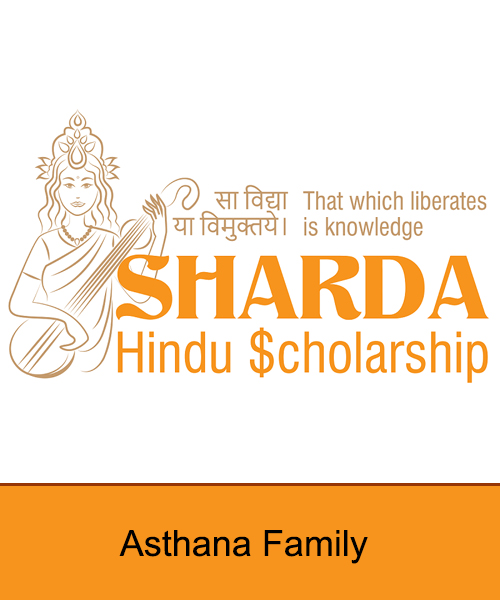 Dr. Abhaya Asthana is a Fellow at Nokia Bell Labs-CTO directing research in cognitive, self-reliable networks of the future - networks that continuously learn on their own and heal themselves. Earlier, he led the design of VLSI processors at INTEL. He got his Bachelors’ degree in Electrical Engineering from I.I.T Kanpur, where he went back to teach from 1983-1985. Outside of science and technology, his passion is to learn about Hindu Dharma and history, practice it and pass it on to the children. His mission is to help Hindus living in America remain Hindus, and through their lives contribute to the richness of their adopted land. He served as the President of VHPA from 2014-2020 and currently is the Chairman of its Advisory Board. His wife, Jaya Asthana is a psychiatric social worker, helping families and individuals in distress, suffering from mental illness and substance abuse. She worked in the inpatient unit for 20 years at Harvard Mass General Hospital, Bournewood Hospital, and Elizabeth General Hospital in NJ. For the last 10 years she been working at VNA Care Hospice with people of all ages, with different diagnoses, who are at the end of their lives, when treatment options have been exhausted. Jaya is also very active in the community. She started and rans Bal Vihar, a Sunday school for children, teaching them Indian culture and language. She also volunteers her time in organizing many cultural programs in the community. Jaya has master’s in social work from Rutgers University and Masters in Philosophy from Bombay University, India. 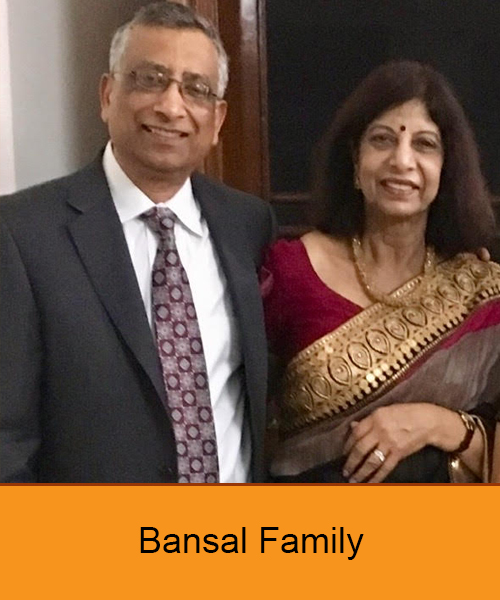